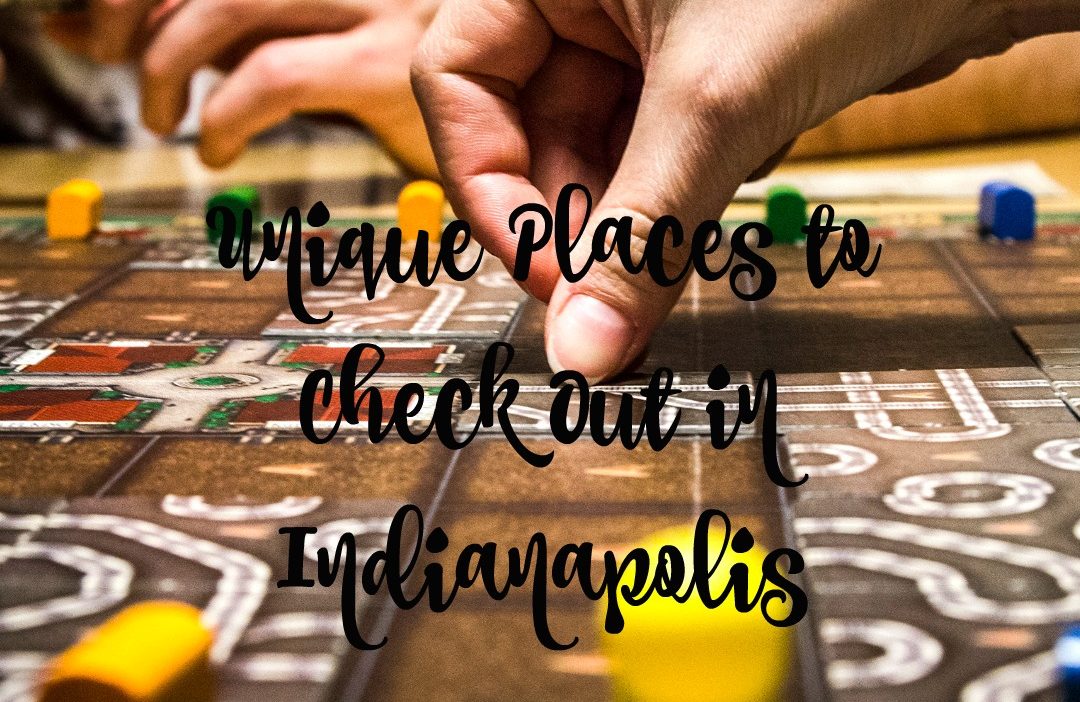 I grew up in Terre Haute about an hour outside of the City of Indianapolis, so it has always been a part of my routine to drive to the city and experience things that I count not in a small town.  This specific trip was last minute and unplanned, which is so unlike myself, I love planning trips down to the detail & this was very much straying from the norm.  I found some exciting & new places in the city and thought I would share them with you.

This is a hidden gem, I have walked by this spot on Mass Ave plenty of time & never realized it was there.  If you have ever eaten at The Rathskeller German Restaurant, you make not have known this existed either! 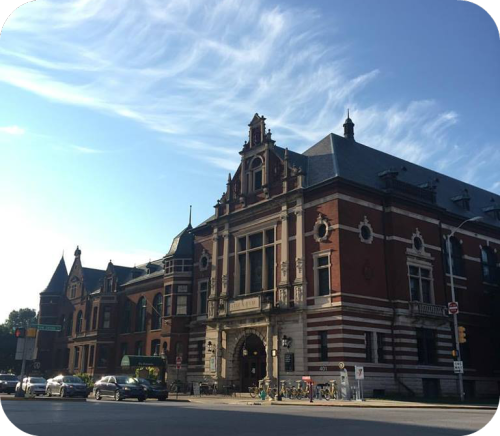 Inside the Athenaeum Building is a “Coat Check” turned coffee shop.  The Athenaeum Building was built in 1893 as a monument to the organization of Americans of German descent in the United States who dedicated themselves to cultural and physical development in their new county.  The building is listed three times in the National Register of Historic Places and you can even schedule a guided tour to admire the German Renaissance Revival architectural style. 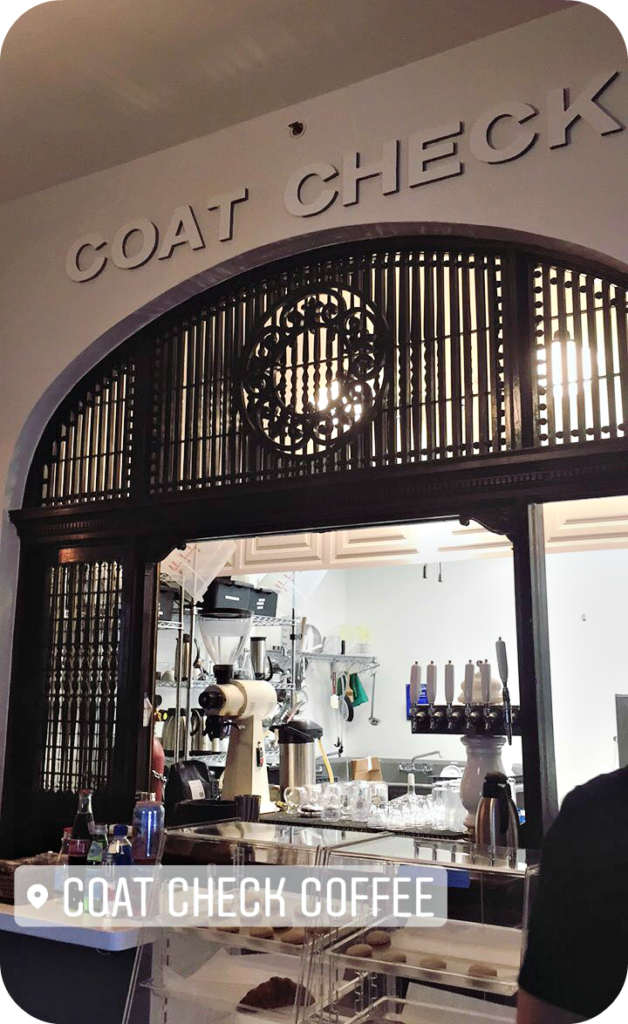 I love the idea that they took something that already existed, left it’s design elements alone and added beauty and purpose to a space inside this historical building.  Coat Check Coffee is a family owned coffee bar that serves carefully prepared espresso, distinctive filter coffees, & pastries made from scratch.  They also have a huge area to sit, work, or hang out in that I found very refreshing.  The space was spread out, unlike most coffee shops that try to squeeze in tables & tight seating.

If you like a game night with friends while having a beer and not struggling to learn the rules of a new game, then Kingmakers will blow your mind!

Kingmakers started in Columbus, Ohio in 2014 and just opened its second location in Indianapolis this year.  Kingmakers is “not quite a bar, not a board game store, not a coffee shop, but something that mixes all of those elements – and a bit more.” 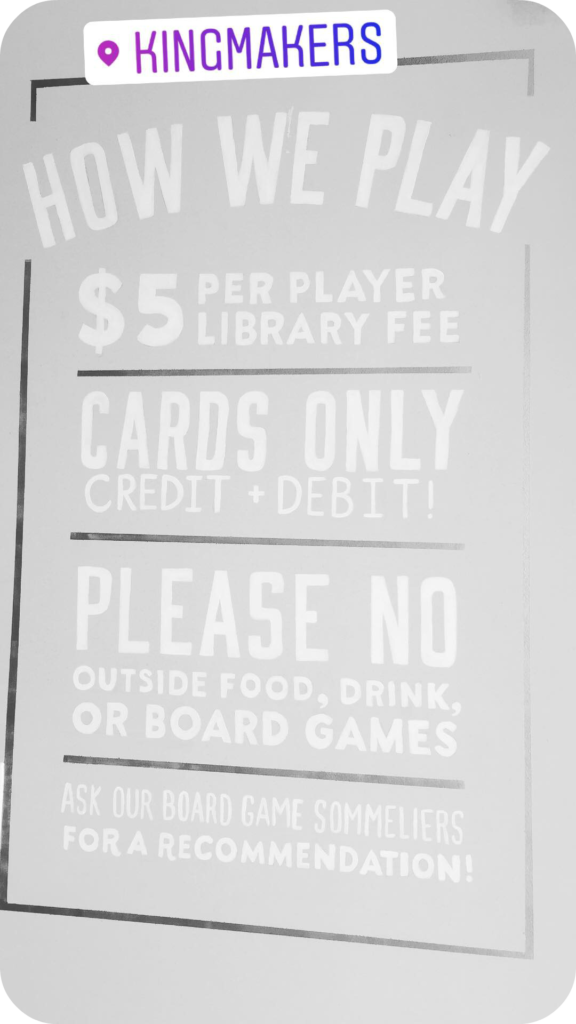 The space is spread out with mixed tables and chairs to accommodate different sized groups.  A $5 per player Library Fee is charged to allow them to maintain and grow their Board Game Library.  They literally have hundreds of games with a wide range of skill levels, time required to play, type of play, and party size.  If you aren’t sure what game to pick or how to play a game, there are “Board Game Sommeliers” there to help walk you through choosing and playing a game.  It is kid-friendly, so it’s also a perfect place to take family for a game night out.

They also have a few beers on tap as well as other drinks and snacks that can be purchased and they provide complimentary water.  I went with two other people and we played two games for 2.5 hours and it was so much fun.  We chose games that we would of never played or understood on our own but with the help of the Board Game Sommeliers, it was super easy to catch on to.  I will definitely be back to introduce my friends to new games.

If you love game nights but want to mix it up and try something new check out Kingmakers!

If you are curious about juices but they freak you out a little bit, I HIGHLY recommend Natural Born Juicers on Mass Ave.  I am a smoothie lover and they by far made the BEST smoothie I have ever had.  I also had never ventured down Massachusetts Avenue that far by food and once I crossed over N College Avenue I seriously hit the jackpot.

We were actually stuffed from eating and drinking brunch at Louie’s Wine Dive and didn’t really plan to stop for more juice to fill our tummies with, but they had a really cut logo of a pineapple with a monocle hanging from their building so we had to go in and check it out.  I have to point out that my cousin and I are both lactose intolerant so it was super refreshing to find out the base to all their smoothies was almond milk.  The staff was super friendly and knowledgeable about helping us find something we would like and informing us about their menu.  It was very hard to decide on something because everything sounded amazing. 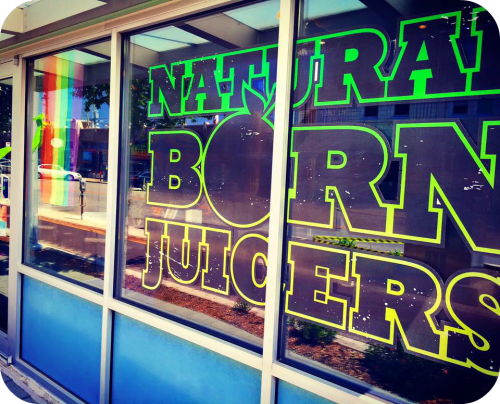 Their menu consists of an array of juices, smoothies, coco’s (smoothies made with coconut or cacao), cold brew coffee smoothies, shots, hot drinks, & bowls.  I went with a Sun Burn smoothie that tasted like pineapple heaven.  They also gave us a sample of a smoothie that tasted like carrot cake and we must have really felt adventurous because we took shots of wheatgrass + ginger.  It wasn’t the worse thing I have ever taken a shot of but it was strange tasting.  On a positive note it is supposed to include every vitamin known to man and help protect your immune system against bacteria (cheers to not getting sick for a while).

Natural Born Juicer’s has three locations in Indianapolis (Broad Ripple, Downtown, & Noblesville).  I highly recommend them for their products and customer service, plus we heard you may run into Indianapolis Colts Quarterback Andrew Luck enjoying a “Pro Bowl” if you stop in, so it’s a win/win!

Looking for a gift that is one of a kind?  Homespun: Modern Handmade is boutique that sells contemporary handmade goods.  This shop is also in the same area as Natural Born Juicer’s & Kingmaker’s on the northeast end of Massachusetts Avenue.  Their products range from jewelry to bath & body care, artisan foods to stationary, home-wares to apparel, and more. 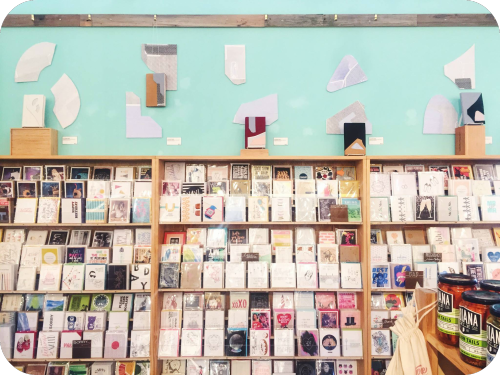 It was a very beautiful space with a lot of unique items.  I just liked the idea that all items were handmade yet had that modern contemporary feel in their design.

If you have any interesting & new places you think we should check out, whether it is in Indianapolis or the surrounding area, please let us know! 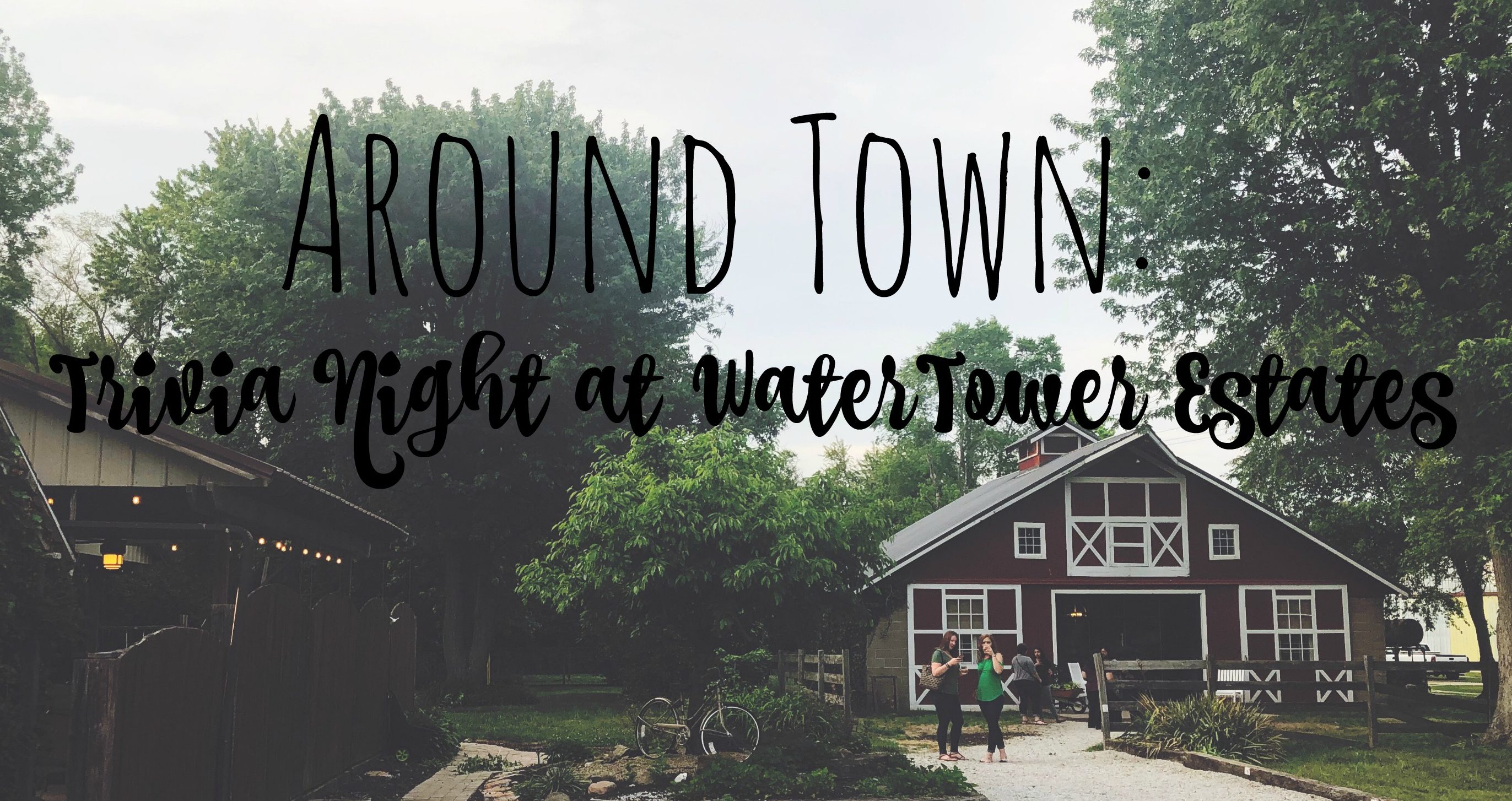 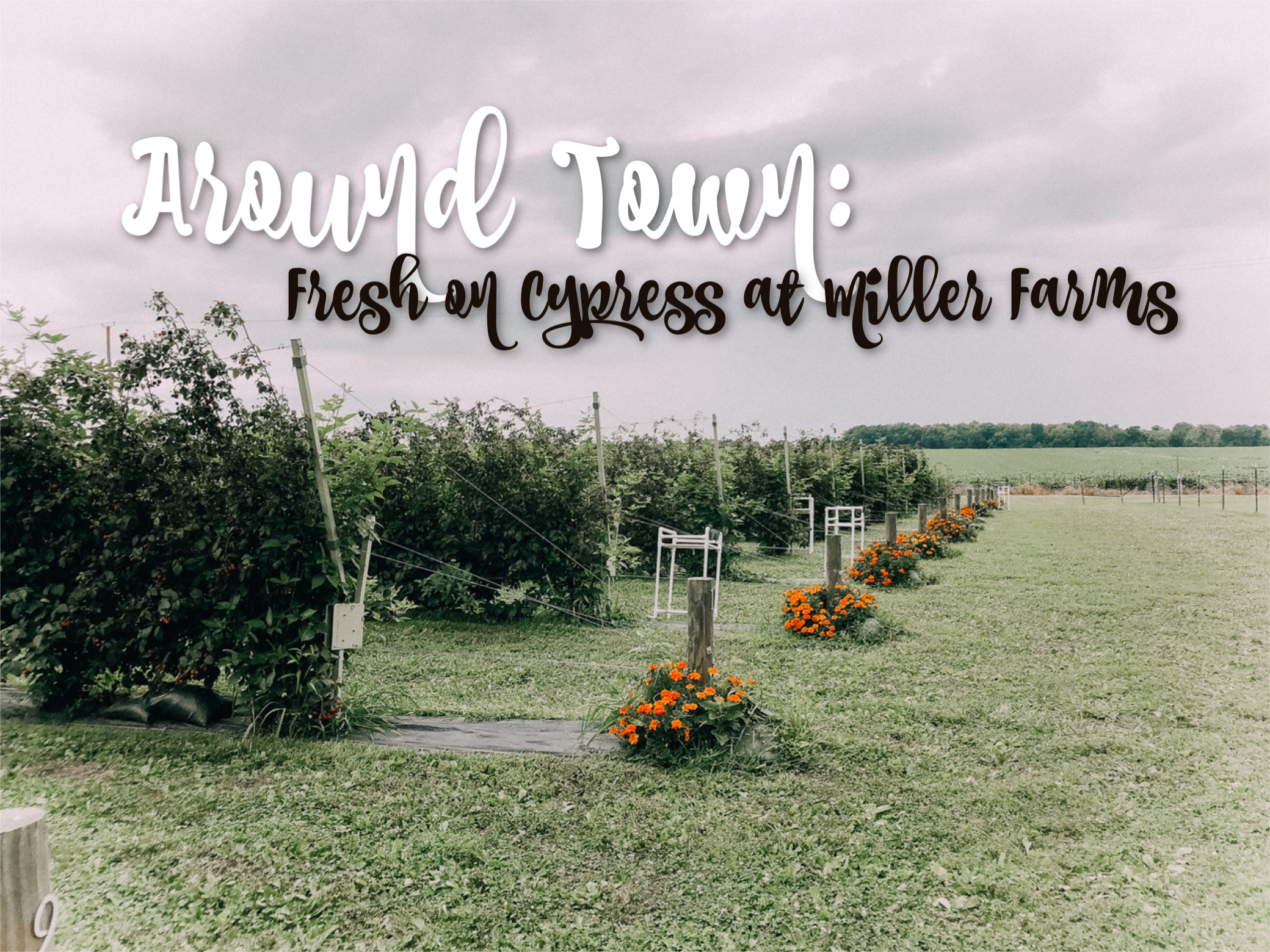 Around Town: Fresh on Cypress at Miller Farms 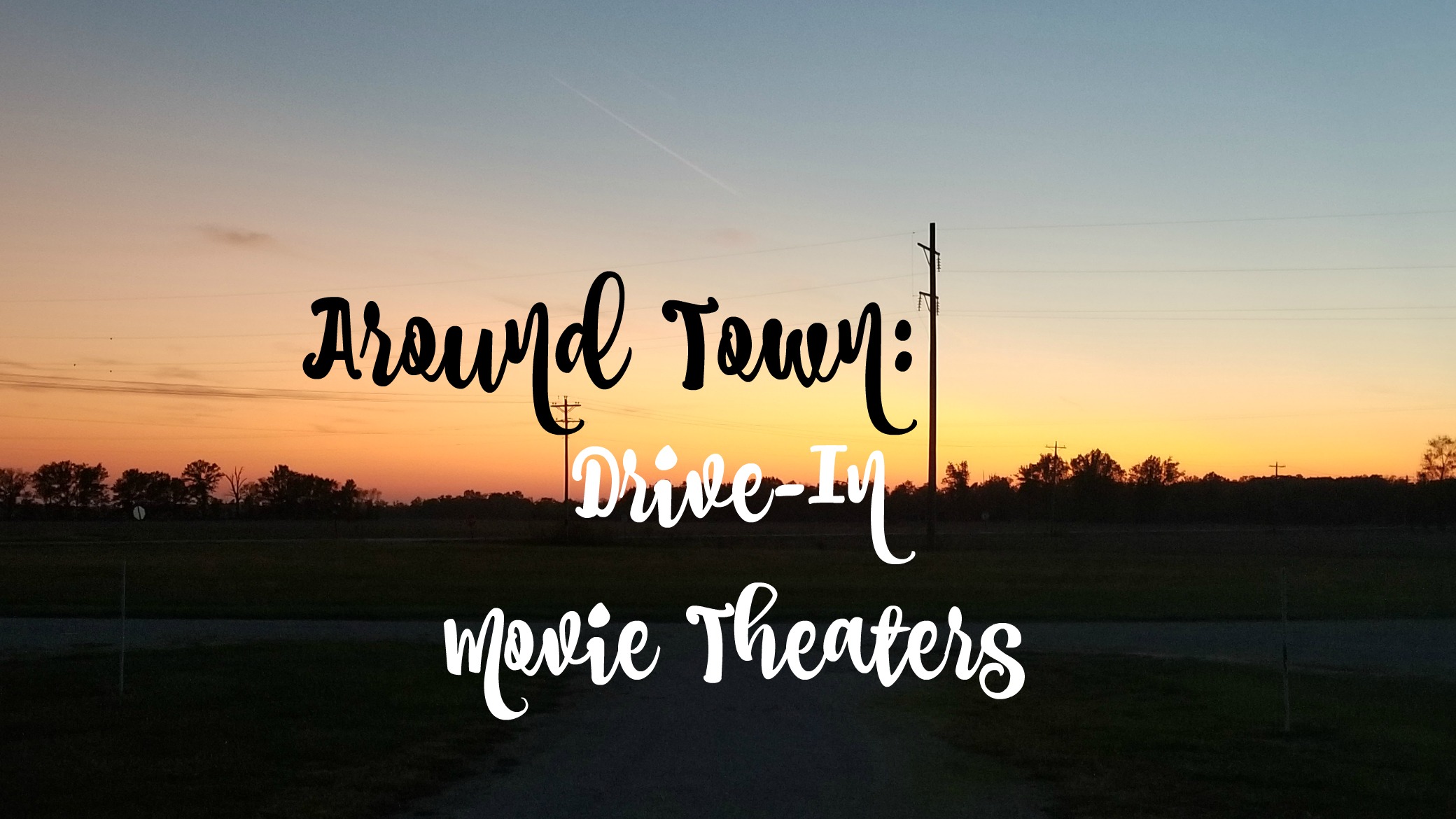 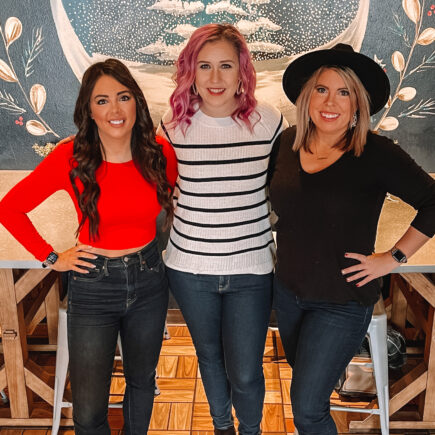